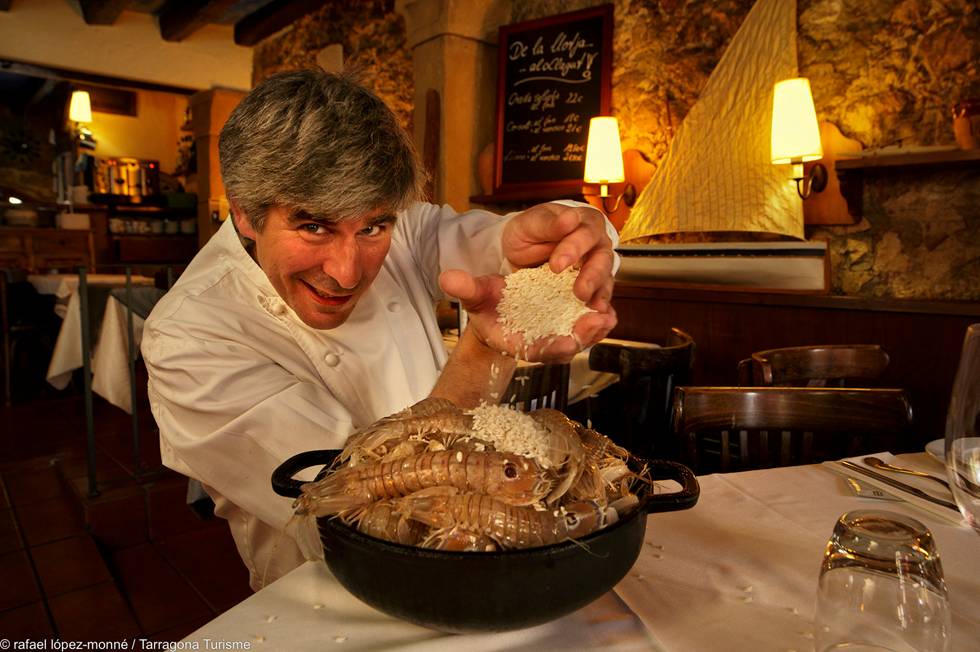 In the 80s and 90s, Ramon Martí trained himself with some of the best French and German Michelin-Star-awarded chefs. In the late 90s, he came back to his birth city, Barcelona. There’s no place like home; or like Plaça del Rei, to be precise. Now, he’s making use of all this experience with his partner, […]

In complete peace, Nacho Múria and his family share a frugal breakfast under some pines of the Tamarit Park Campsite. In the background, just a few metres away, the beach. And right behind them, the caravan they are sleeping in. They don’t need much more than this. Even the guys will pleasingly put their Play’s […]

Just a few minutes from Tarragona, next to Tamarit and river Gaià’s mouth, there is a small natural piece of paradise: the Hort de la Sínia. Its first steps, 15 years ago, were bound to ecological agriculture and environmental education; values still very tangible thanks to Joan Vives. However, the country house offers, from the […]

People say Chartreuse to be very healthy, full of medicinal properties and to lengthen the life of anyone who drinks it… The only truth is that people loves it because they have a sweet tooth. In Tarragona, where there used to be one of the above-mentioned liquor’s factory until 1989, its consumption is massive and […]

Christmas in Tarragona: packed with history and joy

Christmas in Tarragona is one of the most magical times of year for the smallest members of the household – and also for the rest of the family. And this year the celebrations are more eagerly-awaited than ever because of the difficult health situation we have lived through and which, between all of us, we’re […]

An emotional journey through the museums of Tarragona

The museums of Tarragona are a distillation of all the culture and history of a city that is a World Heritage Site. Let us take you on a cultural journey through the museums of Tarragona: spaces for intercultural exchange, for learning, and for experiencing a whole range of emotions. Here you will find the history […]

The Romesco Days, the best excuse for a getaway to Tarragona

How about seeing in autumn in Tarragona with a combination of culture, locally-sourced wines and maritime cuisine? We propose an activity that will give you an excuse to visit the city of Tarragona and allow yourself to be carried away by its history and its heritage, by its streets full of life and by its […]

With more than 500 events over eleven days of celebrations, navigating the Santa Tecla programme can be a challenging task for those who are new to the festive universe of Tarragona. That’s why we’re offering a brief guide to the ten essential experiences for enjoying Santa Tecla to the full. Plus ten alternative options for […]

Wherever you look, Tarragona simply exudes history. All the sites that make up the city bring added value about the period in which they were created. A prime example is the Roman Route, thanks to which you can discover the history of Tarragona through the main monuments that have been preserved from that period. Tarraco […]

A tour of Tarragona’s street art

A stroll around Tarragona can be a very entertaining undertaking, almost without having to move from one neighbourhood to another. In a city where many buildings are more than two thousand years old, and where you often come across archaeological remains that help to reconstruct its ancient history, there is also room for modern […]